She is a female Red Ear Slider that I adopted in the beginning of Feb. 2012 from someone who could no longer take care of her.  She looks as though she has some retained scutes, a little sickly and very agitated.  I believe her sickly appearance was due to poor living conditions and a lack of a basking and UVB light.  She has been very skidish and has taken a little time to get used to her new surroundings.  If startled while basking she will hurl herself through the opeing of the turtle topper bask site and into the water. 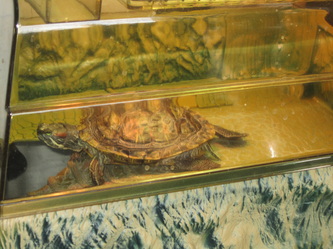 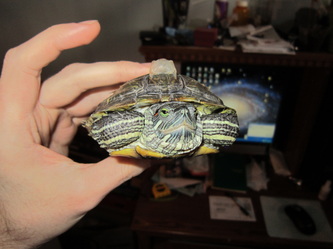 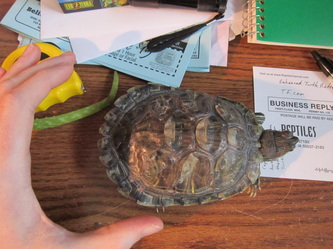 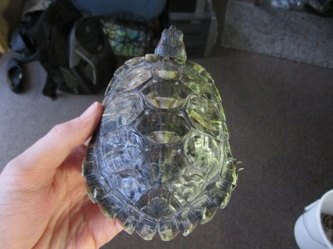 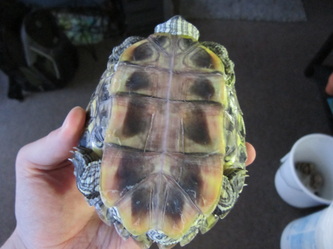 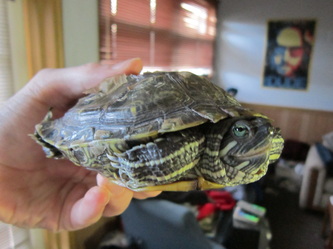 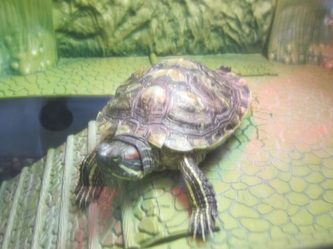 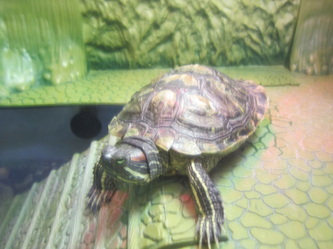 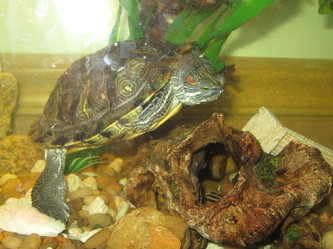 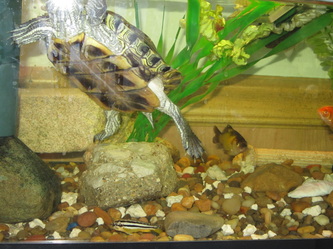 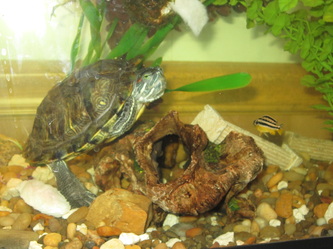 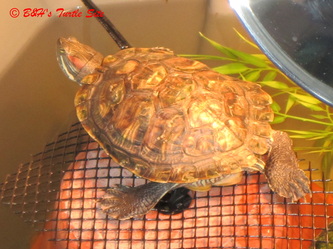 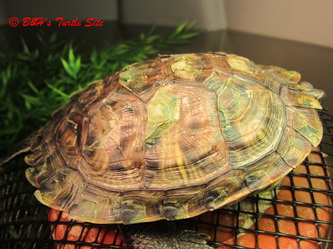 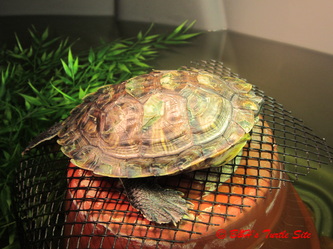 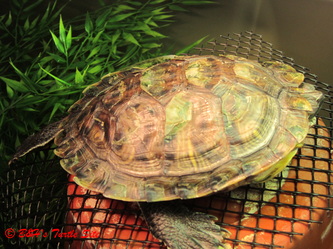