I keep my American Toad in a 10 gallon aquarium with some coconut fiber substrate.  I used a thickness of at least 1" through out the enclosure, when laying the substrate because toads like to burrow into a little hiding spot during the day.  I have a small water bowl made out of a plastic two liter bottle, for the toad to soak in.  I change the water every few days to keep the water fresh and bacteria free.  Every now and again I will mist the tank to add humidity to it and if the air is really dry then I will put some pieces of plastic over the top to keep in the humidity.  However with this species of toad humidity should not be too much of an issue as it lives throughout the United States at varying temperatures and humidities.  As for the decor of the enclosure I use some fake plants but also use rocks, leaves and sticks, I gather from outside, to give the enclosure a natural feeling.  Every few days the leaves and other organic material put in the enclosure need to be removed, as they can rot or grow mold.  As far as feeding goes I feed them every couple days and they eat just about any insect or spider as long as it does not have too hard of an exoskeleton.  i feed mine crickets, wax worms, earth worms, spiders, meal worms and what ever else I can catch. Toads are only attracted to live prey but you can feed them dead insects you will have to move them like they are alive with a pair of tweezers.  Sometimes it takes a little while to get them to strike at the insect but have patients because they will eat this way and you can learn how to move the insect in ways to attract their attention.  Their fecal matter needs to be removed from the enclosure as soon as possible.  Otherwise if left in the enclosure it can become moldy and make cleaning out the enclosure more rigorous.  All together this species of toad is a good beginner amphibian to care for as it does not require much attention and can be fed with ease. 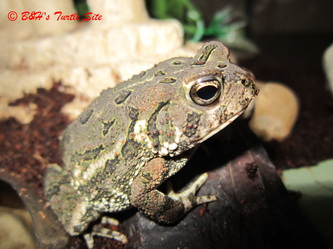 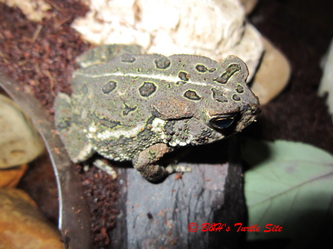 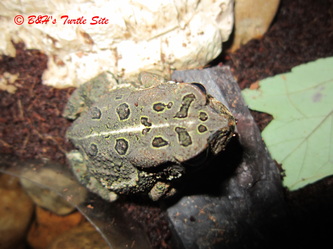 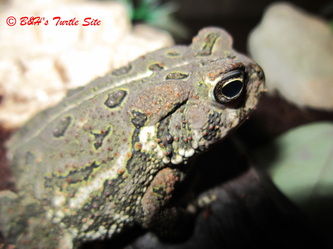 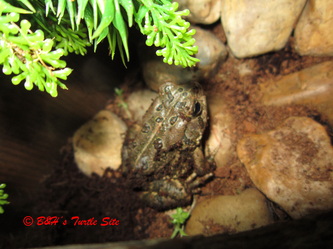